Sunday 23rd April 2006
My trip to Sri Lanka was A-MA-ZING!
It was hot and sunny and the beach was incredible!!
After arriving in Colombo, we drove straight up to Siguriya, where we climbed up a big famous rock, looked at some temple ruins, saw loads of monkeys and sweated ourselves into a state of mild hysteria. 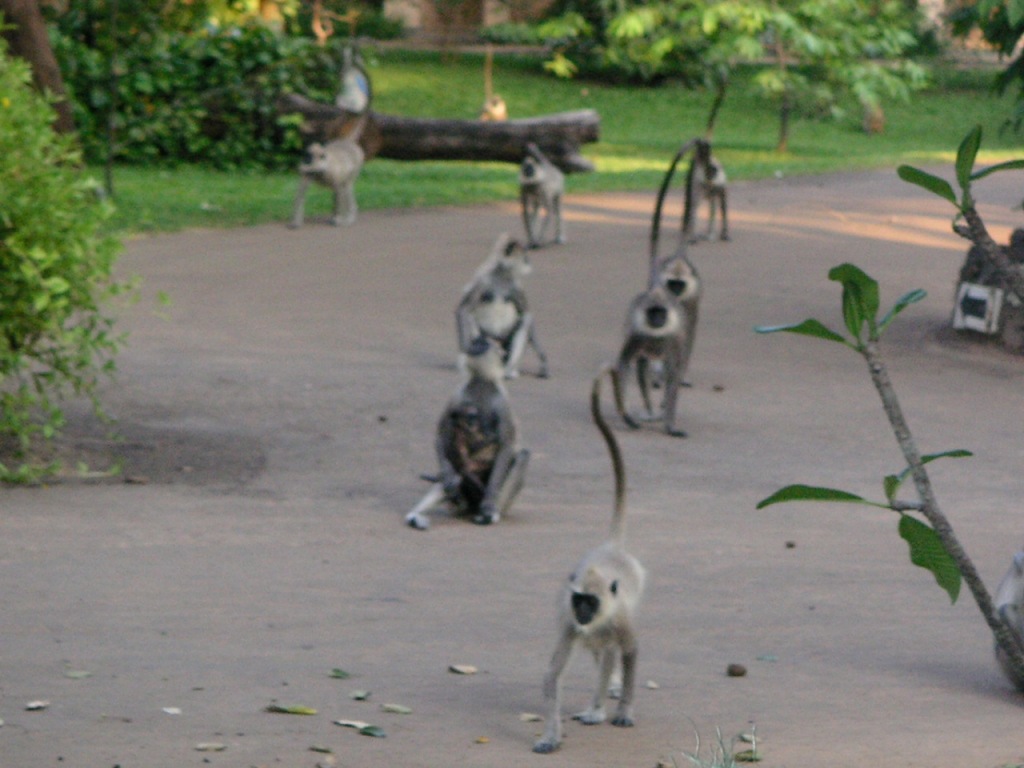 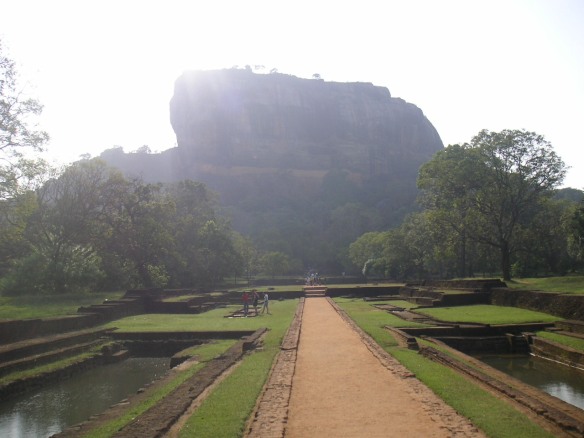 The ruins at the top of the rock

At the bottom of Siguriya rock

Having not had a drink for a few weeks, Betty and I went for gin and tonics before dinner while Bryn stuck to beer. They turned out to be super-strong, and on an empty stomach Betty and I were soon rather tipsy and silly. Then the food arrived and we got the giggles. And I mean seriously.
Betty and I had decided to sample the local cuisine, and have a Sri Lankan curry selection, while Bryn went for the safe option – a ham and cheese toastie.
Our food arrived, and admittedly Betty and I were already being quite silly, but when the food came, we couldn’t figure out what any of it was!
There was one dish that looked like chicken, and turned out to be some sort of curried lemons, and another one we thought might be lamb, but it was either un-ripe banana curry or something else random. We collapsed into genuine hysterics at this point (well into our second or third G&T) and as we were the only people in the restaurant, the chef came out of the kitchen with a worried look on his face, and sent the waiter over to see if everything was alright with the food!
Betty had to leave the room to calm down, and I physically couldn’t breathe, I was laughing so hard!
Bryn looked on with disdain and tried to pretend he wasn’t with us.
The next day we moved on to Pinnewala to visit the Elephant Orphanage, which was lovely, loads of cute elephants, we played with them for a bit and then watched them take them down to the river for a wash.

Elephants having a bath

In the afternoon we wandered around the town centre doing some souvenir shopping, and avoiding snakes. In Sri Lanka there are loads of snakes, but they are mostly domesticated/owned. We had seen a few at Siguriya – usually there’s a dude with a massive python on the ground, and a cobra in a basket, and if you pay them, they do the snake-charmer thing and make the cobras dance with their bamboo flute-y things. 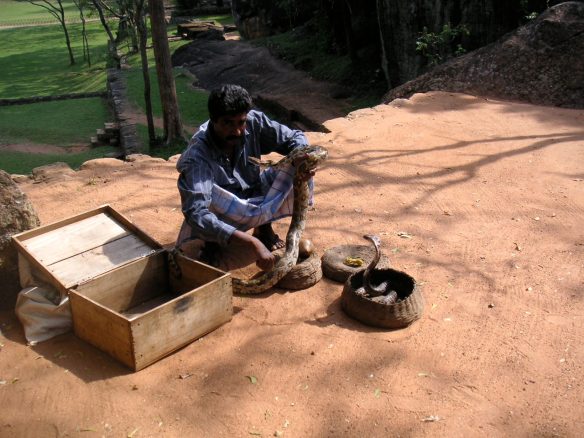 Anyhow, it turns out that Bryn has a very serious and hardcore fear of snakes. Perfectly reasonable (it’s how I feel about sharks, and the ocean, mostly).
So in Pinnewala, Betty and I kept noticing these dudes with pythons all along the main shopping street, and kept dragging Bryn to the opposite side of the street to look at a shop window etc. We managed to get all the way back to our hotel without him noticing all the snakes!
The next day we drove south to Unawatuna, which is a little piece of paradise on earth. It’s on the south coast, and driving there we went through several areas that had been devastated by the tsunami, but Unawatuna itself was mainly untouched (or it had been rebuilt very quickly, as you couldn’t see any signs of damage there).

We stayed in these lovely rooms right on the beach, which was pure white sand, and run by an elderly Italian lady who was so sun-damaged from over-tanning, that, as Bryn put it, she looked exactly how I want my new leather couch…. 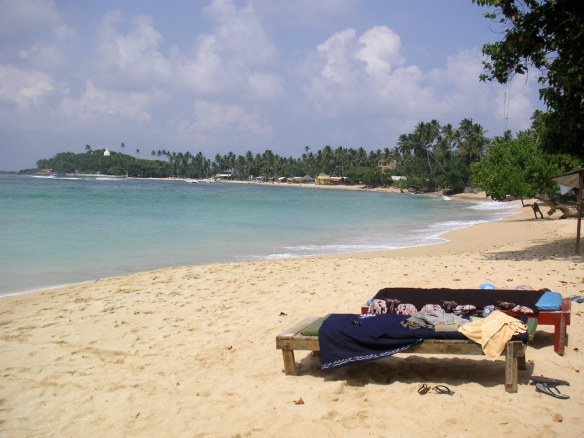 The beach at Unawatuna (view from my bedroom window!)

The water was so warm and perfect it was like stepping into a warm bath, with big fun rolling waves to play in. We swam in the sea all day, every day, and it was amazing. Even I braved the shark threat and went in!
It was gorgeous and lovely and relaxing and amazing!
loads of love
monkey-loving, gin-drinking, ocean-swimming, snake-avoiding Maya!
xxxx