Last week I went to Afghanistan for a short work trip. It’s a beautiful country, although I was only in Kabul and didn’t get very much chance to travel or to see much of it, I enjoyed it a lot and would love to go back.

The people were friendly and kind, the food was good, and a lot of my pre-conceptions about Afghanistan were disproved. For example, I had no idea they shared so much culturally with Pakistan, it was very similar in terms of clothing, language and culture in general.

I was also surprised to see that it was a lot less conservative than I had expected, so on my first day of the training I was facilitating, I was wearing my abaya and headscarf and was surprised to learn that the Afghan women at the hotel were mostly wearing skinny jeans and loose tops! 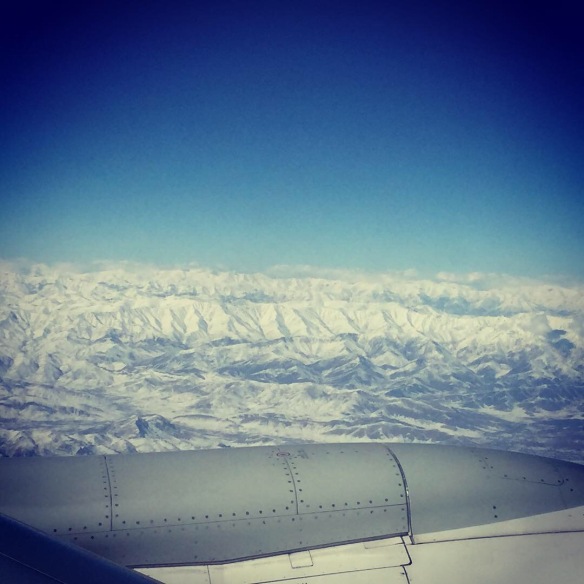 Up on the office roof to watch the sunset on my first day – a flock of birds were circling trying to figure out where to roost. 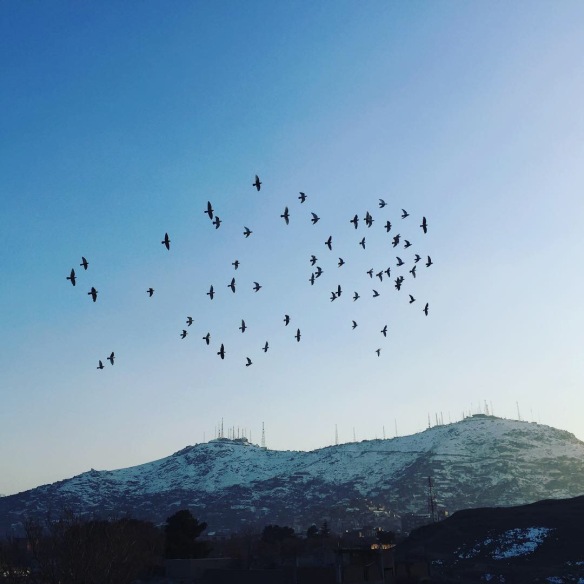 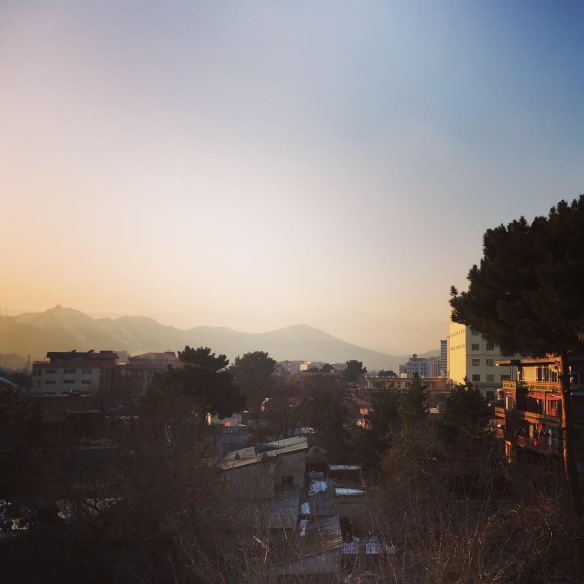 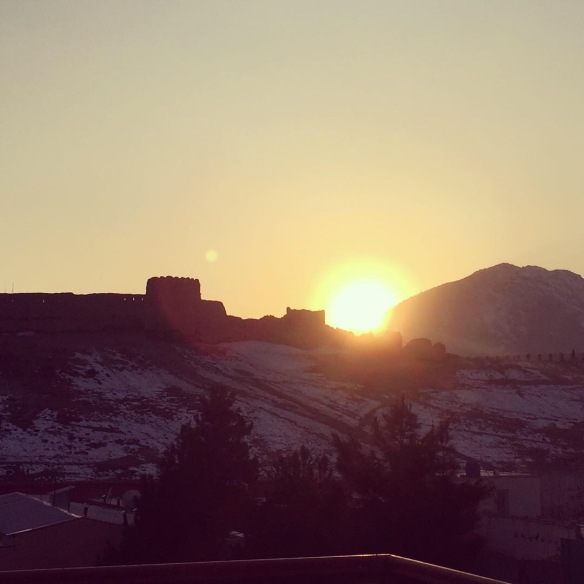 And thankfully an efficient if old-school gas heating system!

Which was very much needed as it got very chilly! Inside my bedroom was the safe room for that floor (there is one on each floor) – with nice sturdy doors!

(Or as I like to think of it, my own personal Situation Room, a la The West Wing)

Including an intriguing external door that apparently opens directly into my shower! Very strange… 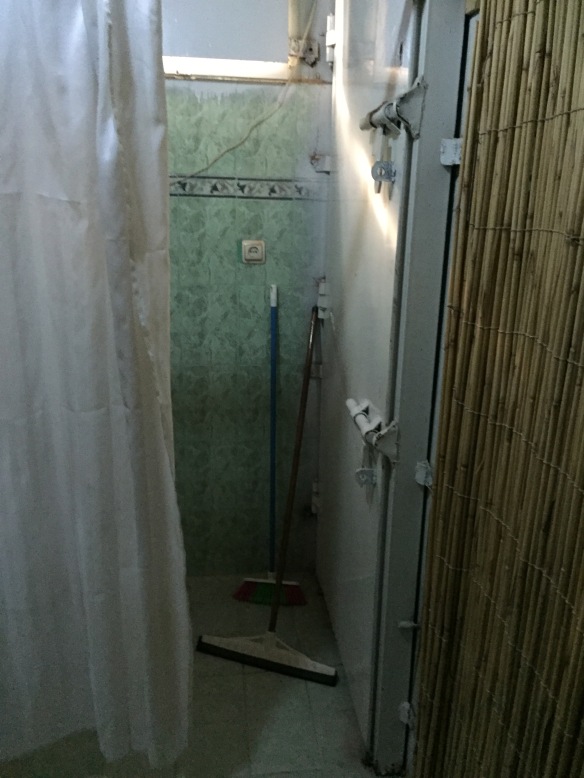 That moment when you suddenly realise you’ve been in training your whole life for this exact situation:

Security team: “You can go to the bazaar, but for no more than 1 hour”
Colleague: “There’s just so much to see – we will barely have time to buy anything”
Steph, grinning like a loon: “I got this….”

If only shopping were an Olympic sport, I literally would have just taken home the gold…. 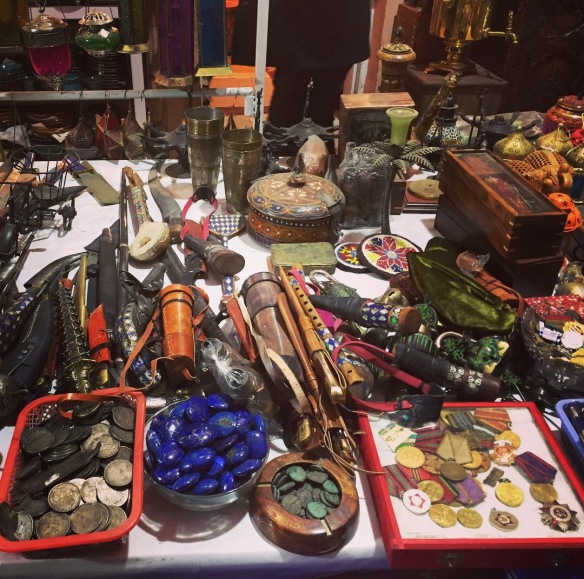 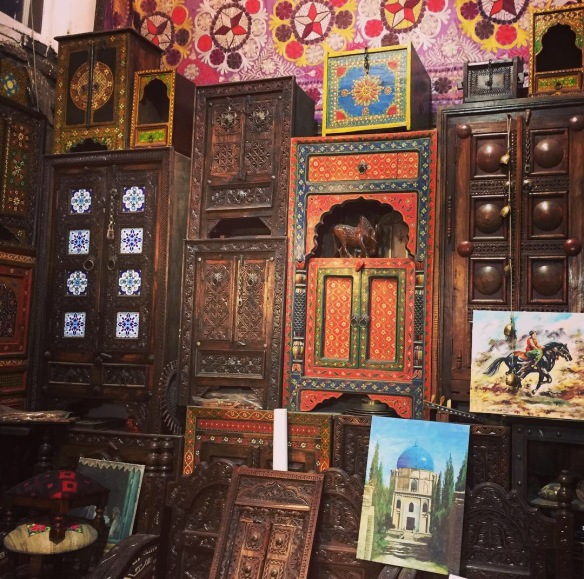 This is my happy, power-shopping face 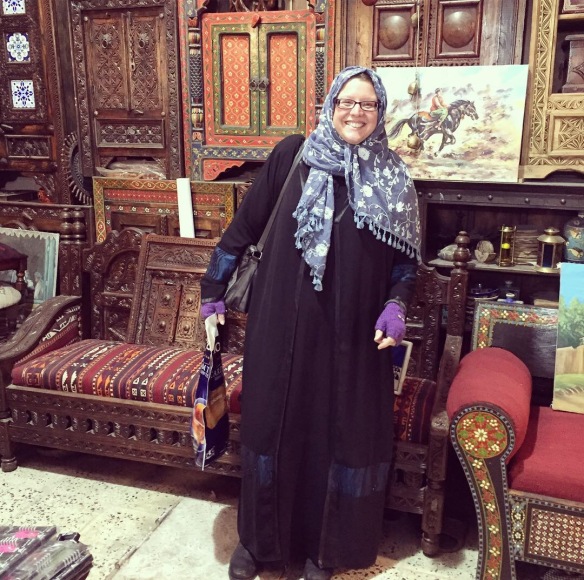 In the background, chess sets made of Lapis Lazuli and Marble, in the foreground, beautiful handmade Afghan rugs 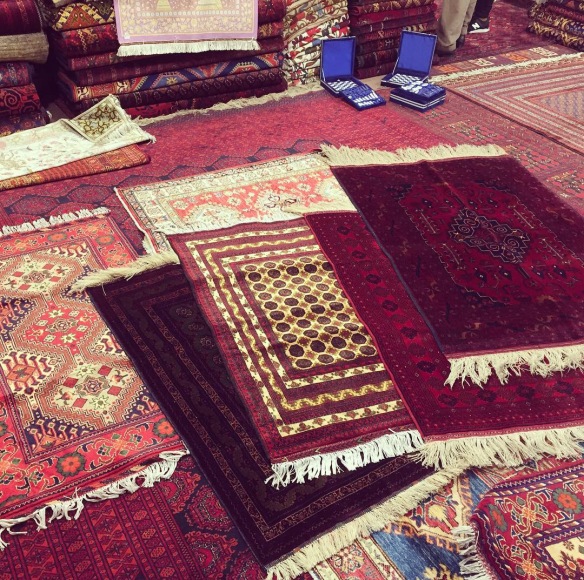 I bought the gorgeous blue one on the right. 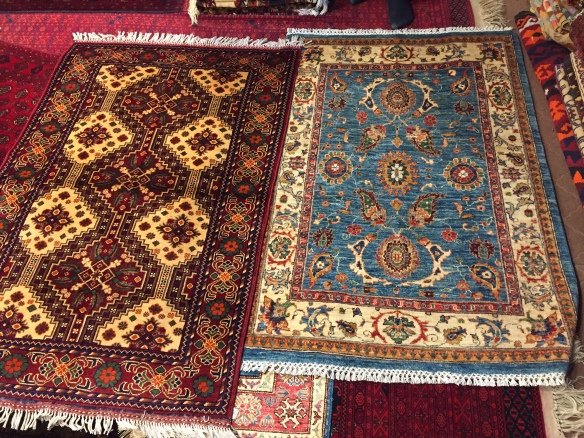 Then we went over to one of the major donor’s houses where he taught us how to make cheese… (I mean, what else are you going to do on a weekend in Kabul?) 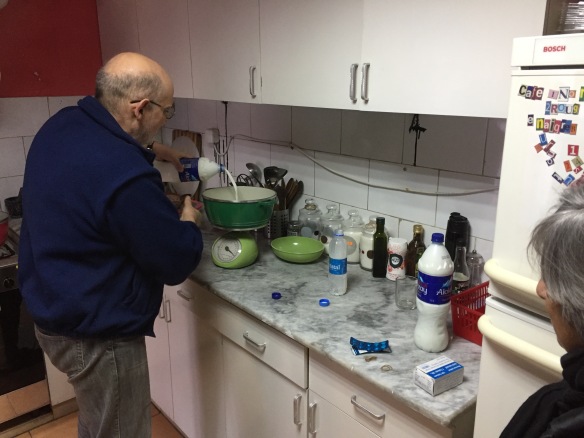 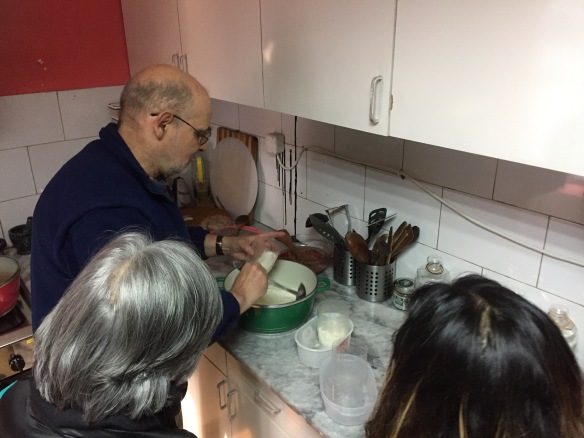 It was really interesting! Although the final product we tasted was made 3 days earlier and was similar to the consistency of yoghurt – not so much tasting like cheese, more like solid milk, but he said if you wait a week or two, and add salt it will start tasting more and more like savoury cheeses. I’m a little tempted to try it, but you have to make such a high volume that I’m not sure it’s worth it on my own!

Safety and security inside the compound was tight – plenty of sandbags around! 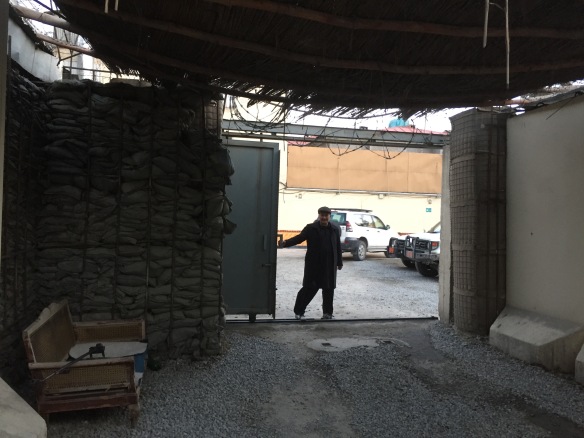 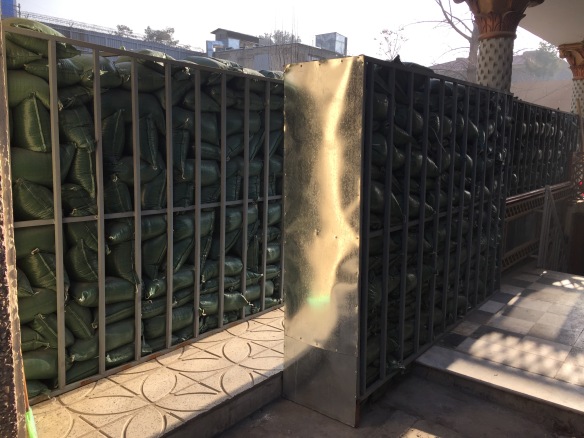 At the posh hotel for the training 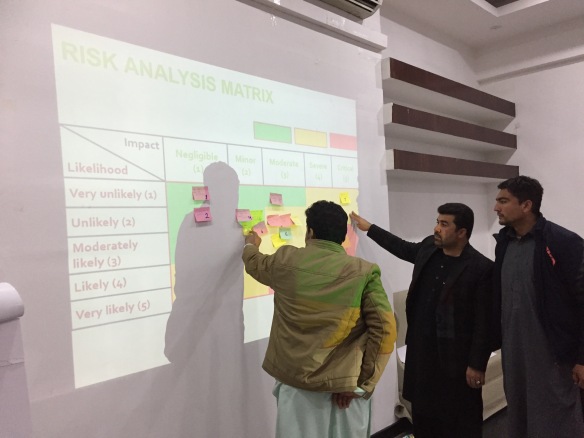 My favourite bit of the training – the poster competition! 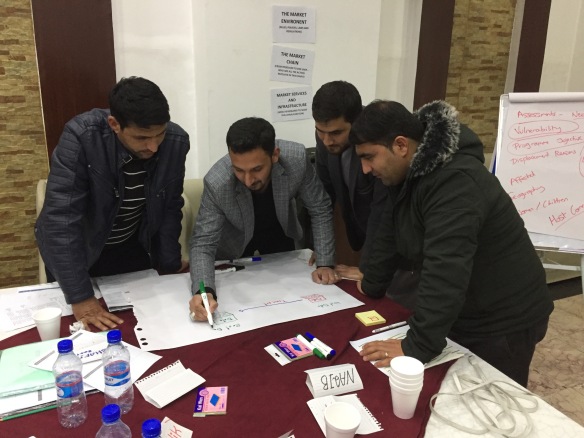 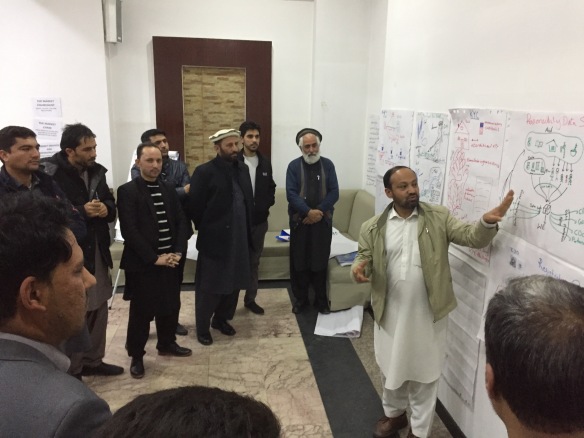 The same fort on the hill in the snow

Just before I left, they let me go to Wazir Akbar Khan Hill to see the view – though there wasn’t much to see as it was too snowy to see very far! But it was very pretty in the snow! 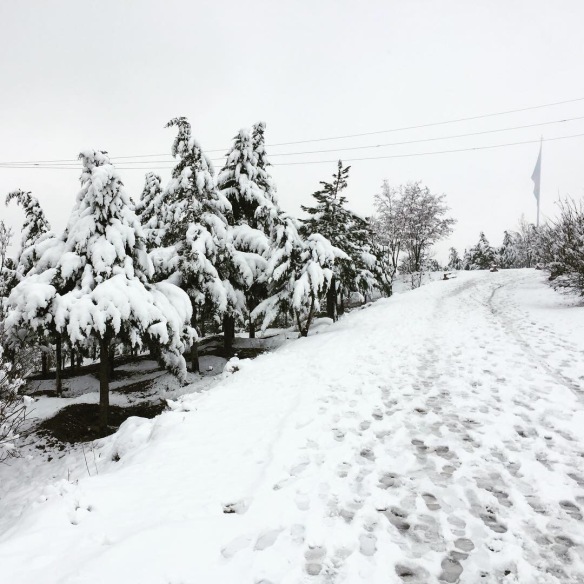 Look, ok, the thing is, I only went back to the market for a couple of small things, gifts for friends, not even for me, and I knew I would’t have space for anything big in my luggage but then I saw THE MOST BEAUTIFUL COAT IN THE WORLD, and technically it’s a tiny bit small but I’m determined to lose weight this year and this is a really good incentive plus it was a really good price and I just had to have it ok? 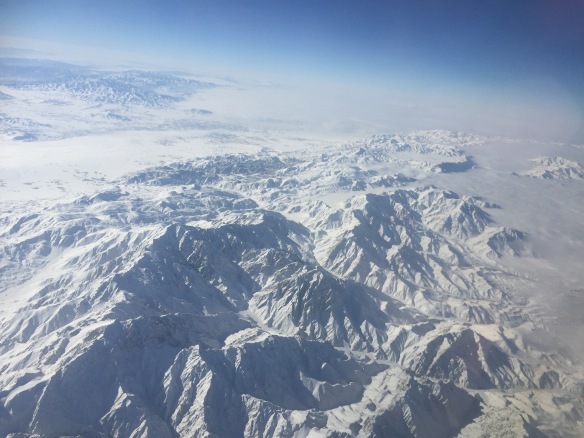