Thursday 9th August 2007
Namaste Everyone!
I have arrived safe and sound, the flight was fairly average, (Gulf air is NOT the greatest airline ever, and the hostess was downright rude a few times!) and I have no idea what the time difference is, – I think it’s either 4 and a half hours ahead or 4hrs 45mins ahead!
Anyway, the airport was crazy, as soon as we walked out of the doors there was a mass of people pushing and shoving, trying to grab our bags and get us taxis etc. A policeman was attempting rather ineffectually to beat people back with the butt of his rifle, and for a minute I thought there might be a fight breaking out, but it turned out to be apparently quite normal.
On the ride to the hostel we sat back in shock just watching and staring. Despite the number of countries I’ve been to I’ve never felt more alien anywhere in my life. It was odd, and scary and exciting.
It’s a lot hotter here than I was anticipating, and having packed lots of winter clothes I’m feeling a bit un-prepared (I also forgot to pack a towel or any sunscreen so I’m going shopping later to find these things). I’m also sweating a lot, in case you needed a visual!
I’m sharing a room with a lovely french girl called Jessica, who discovered a giant green grasshopper on her bed and screamed until I got rid of it. I didn’t point out the large gecko sitting on the ceiling, although she warned me that there are some “leetle mouses” here too.
We’re staying at a hostel with all the other volunteers for two weeks of orientation, and then we’ll be taken to our placements. There’s a bucket on the roof to wash our clothes in, but they have clean drinking water and showers and electricity here, so it’s not too bad!
This morning I woke up to the strains of about 50 (probably rabid) dogs barking away, punctuated by the occasional moo. It’s cloudy, but it’s clearing up a bit and you can just about see some of the mountains now. The sun is incredibly strong, so I’ll definitely need suncream, and our first lesson this morning was all about the activities for the next two weeks. We’ve been officially welcomed with tikka (red powder smeared on your forehead) and the next two weeks sound pretty exciting!
This week is an intensive language course, including a tour of the city’s temples. Then next week we will go and stay in a rural village for three days to practice our language, and learn local cooking, dances, as well as going on hill walks etc.
Then we come back here for a day’s rest, before heading to Chitwan National park. On the way there we will go White Water rafting, and then we’ll go on jungle walks, elephant rides and bird watching etc.
It all sounds amazing already, so you can expect lots of lengthy emails from here on in!
(Don’t worry, I shan’t be offended if you don’t read them all at once!)
take care everyone,
Namaste
Love
thrill-seeking towel-less adventure Maya 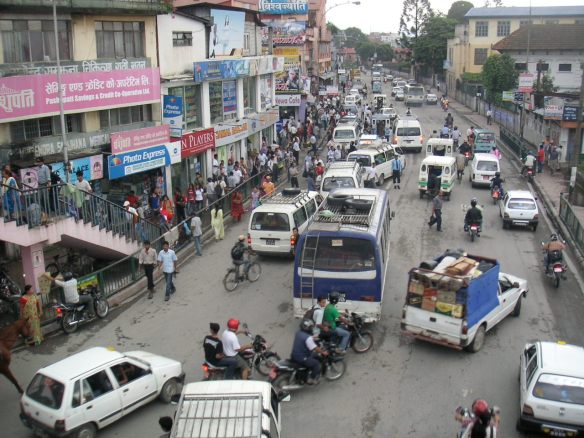 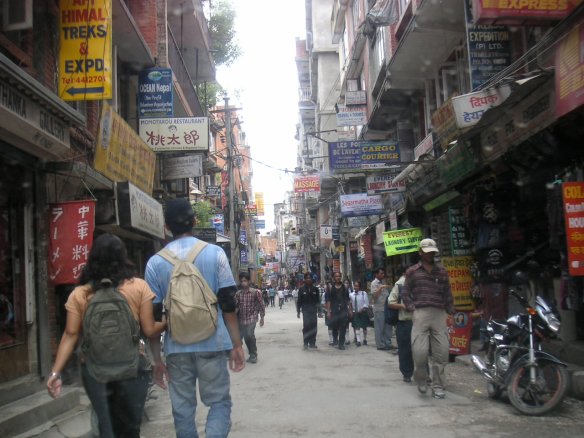