Especially in the aid sector.

Especially if you’re in Nairobi.

As one colleague put it, everyone passes through Nairobi eventually.

But still, it’s a little bit insane. After a mere 2 weeks here I have bumped into no less than 7 former colleagues or friends who happened to be in or passing through Nairobi at the same time. It’s utter madness.

Saturday brunch on my first day in Nairobi with an old friend that I worked with in Philippines and Iraq.

Then I bumped into this lovely lady – who I last saw in this photo, back in Guiuan at Amy’s bar where we used to go dancing And our mutual friend, the guy who took this picture is also here in Nairobi too! Such a tiny world! I’ve since met up with both of them, though have been somewhat more polite this time around!

Catching up with yet another old friend – this is a guy I went to high school with, who I don’t think I’ve seen since I was about 24, who happened to be in Nairobi in business this week. 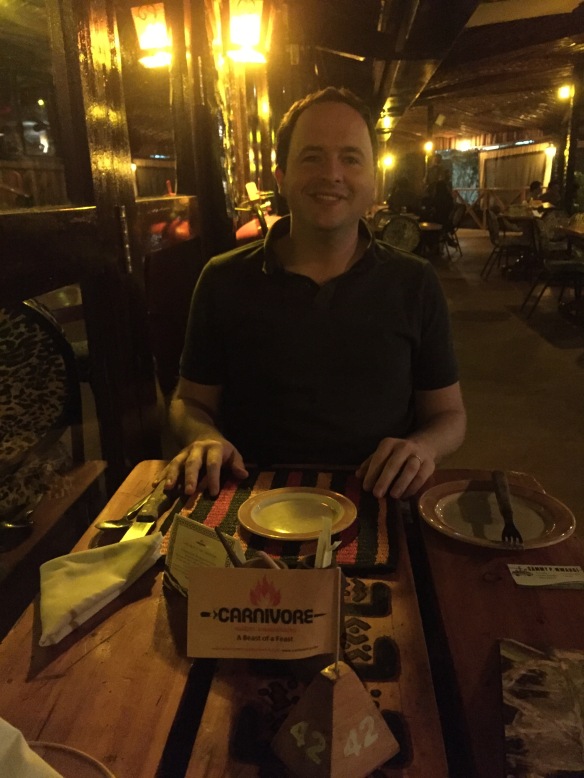 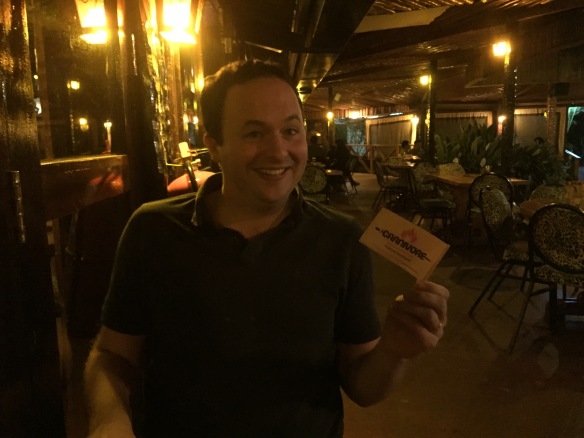 And then a ex-colleague S wandered into my office last week, just back from Yemen, and passing through Nairobi for the week – such a surprise! Thought sadly no photo – it would have been weird…

THEN – when I got out of my taxi at the hotel the other night, a man walked past me, and I suddenly thought “I wonder what N is up to”. Then as I walked away, I heard a voice calling “Maya?” and there he bloody well was! Turns out N, a lovely colleague of mine who worked with me in Iraq, and with whom I have spent many a happy evening sharing our troubles over a beer, was staying at the same hotel for a week! He was just on his way out as I came in, so we had a lovely catch up over breakfast the next day.

And today, on skype, a very very old colleague who I worked with back in South Sudan (who can believe that was 7 years ago!) popped up on skype as she heard I was in Nairobi and wondered if I fancied meeting up!

It’s madness! That’s 7 ex-colleagues and friends I have so far encountered after only 2 weeks in Nairobi. Total insanity. I almost can’t wait to see who appears out of the woodwork next!

1 thought on “It IS a small world after all…”