This week I went back to Iraq to deliver a training. I went to a different part of Iraq this time, and area called Dahuk (or also sometimes spelled Dohuk, or Duhok, as Arabic letters don’t always translate well into English…).

It’s about 40km from Mosul, and is on the opposite side of Kurdistan to where I was previously in Kalar. Once again I was reminded of how beautiful Kurdistan is, and how incredibly friendly and welcoming the Kurdish people are. We had a lot of fun during the training, and I got some great pics.

I was kindly hosted this time by a German NGO. They had a wonderful minion planter made of tyres in their lobby – amazing!

Even the traffic cones in Kurdistan are pretty!

Learning about integrated markets out in the garden… 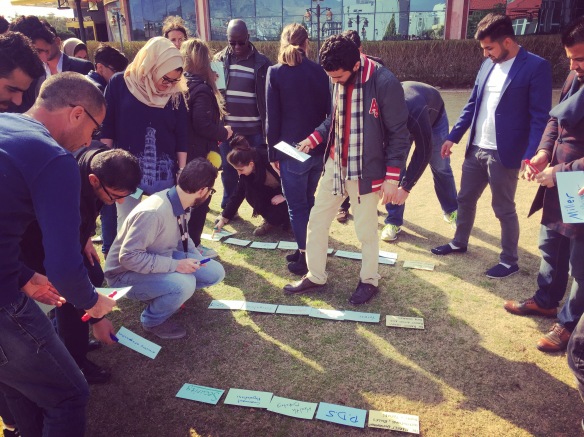 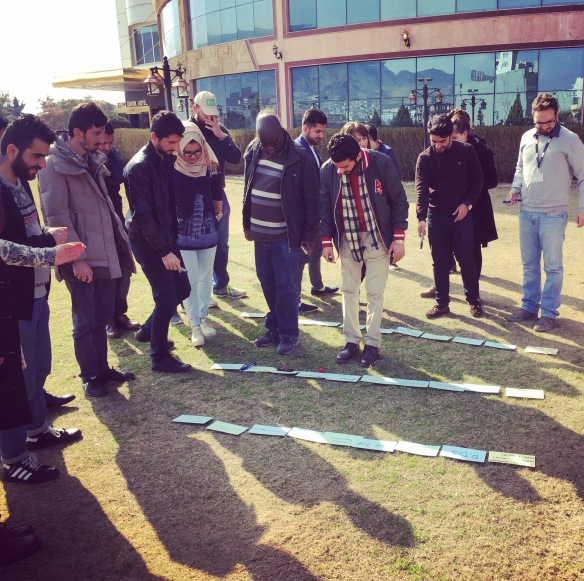 My awesome co-facilitator, whose name in German I didn’t find out until the last day actually translates as “George Michael”. Ah-mazing. 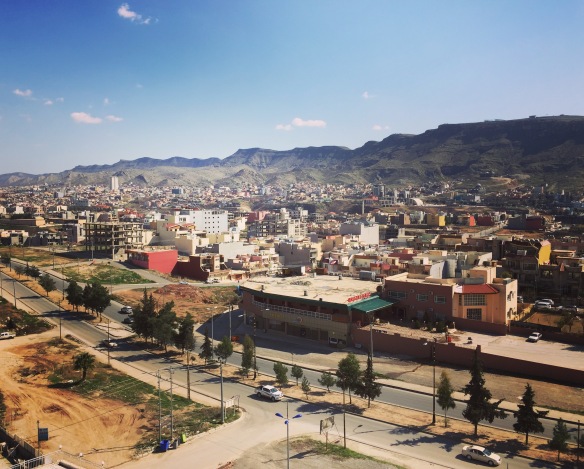 The incredibly sad “zoo” or as I like to call it animal prison – very small and hot cages for some rather large animals. made me very sad.

Learning about coordination with chairs… 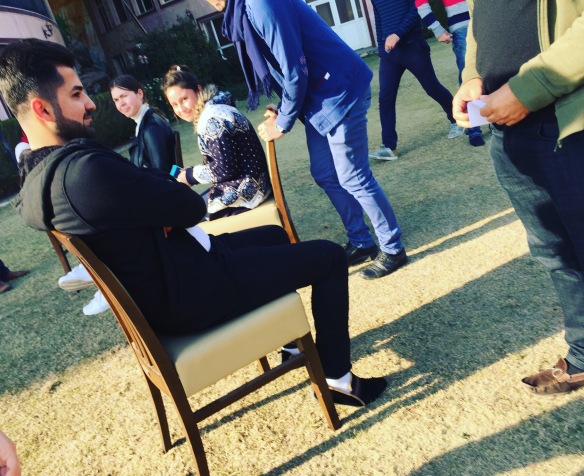 Ok, so here’s the thing about the training venue. We were booked into a space at this hotel, and although my colleague had requested that we stay there, as it’s easier to just stay at the venue you are training at, we were instead booked into the NGO guesthouse, which is probably for the best.

Here’s the hotel from the outside. 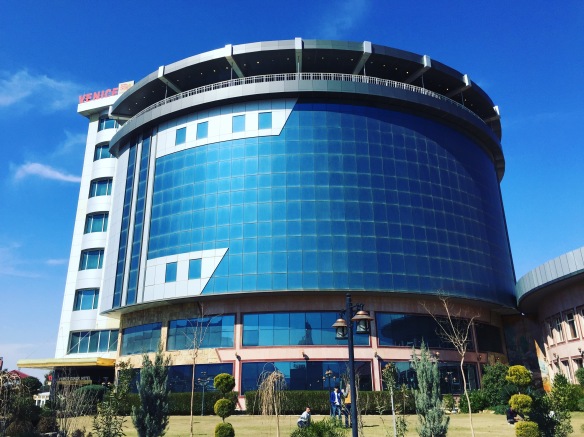 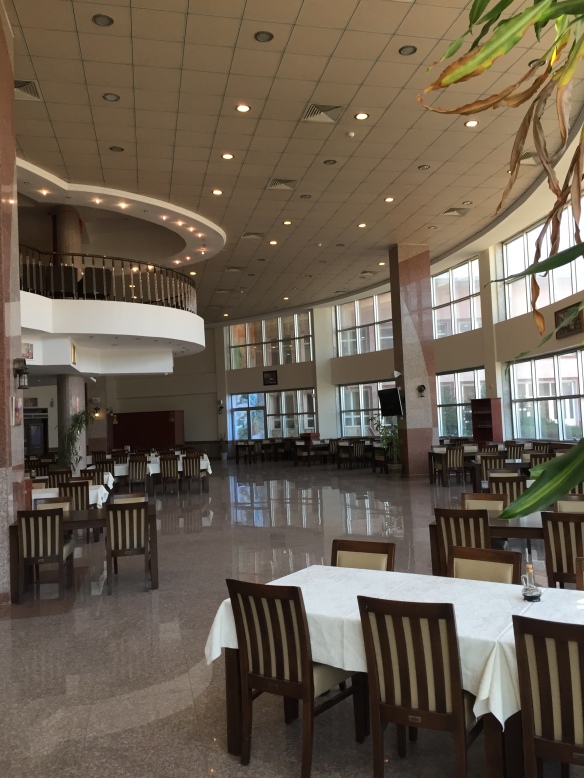 As you can imagine, it got pretty noisy when anyone talked, rolled a trolley, or clanked about setting up our tea breaks downstairs, because it was a huge hall with marble floors etc – very echoey.

We had realised on the first day that the hotel was weirdly empty, with apparently only about 3 staff, and although on the first day they set up lunch for us downstairs, we had asked them for the rest of the week to serve everything upstairs in the restaurant, as the noise of them clanking about setting up food below us was very distracting during the training. However, it wasn’t until Day 2 of the training, when we went upstairs for lunch that we realised how empty the hotel really was.

Unfortunately on the second day, right around lunchtime, the power went out, and having asked for lunch to be served in the restaurant, we then all had to climb 6 flights of stairs to get up to it!

The staff obviously hadn’t anticipated this, and as we climbed up the stairs, we realised that the hotel wasn’t so much empty as abandoned, and the 3 staff still working there had obviously only cleaned the parts of the hotel we were supposed to see – and had left the rest (I assume it had been abandoned for months if not years, judging by the dust).

They had obviously had some kind of water damage or flood in the past, which had also damaged the carpets etc. 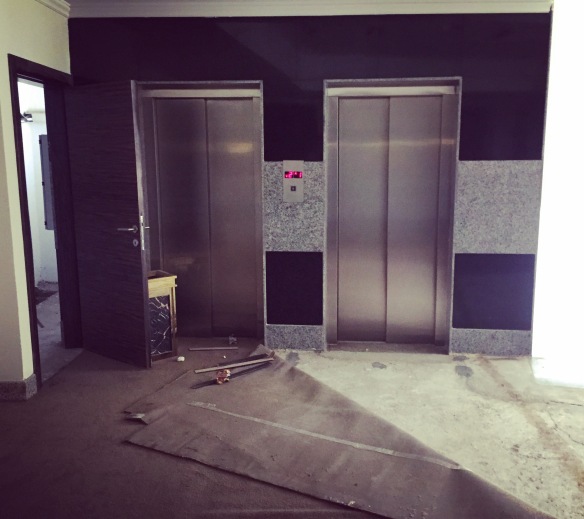 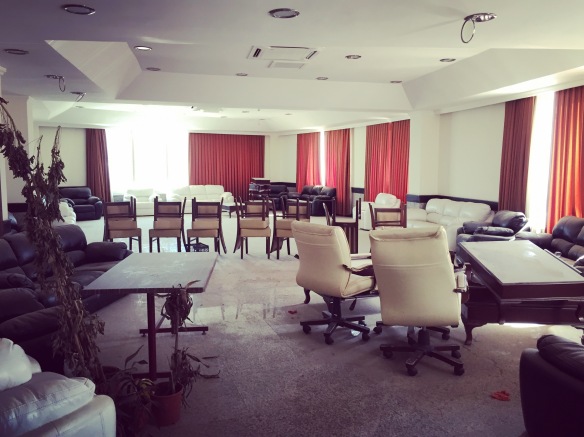 It was really quite weird wandering about in a totally deserted hotel – all those empty rooms, and we couldn’t resist taking a look around.

Thick layers of dust in every room…

Ok, so it clearly wasn’t ENTIRELY empty – judging by the footprints in the dust, this hotel might be fully occupied by an entire population of rodents… Possibly it’s the best rat hotel in town? I shudder to think where they are living

*probably in the mattresses

*try not to think about it

Then we found  where the water damage emanated from – a burst pipe possibly? Damage aside it was clearly a nice suite – bedroom, living room, and personal sauna in the bathroom! This would have been a really nice hotel once upon a time…

Creepy eagle decorations in the restaurant

Anyhoo, suffice to say it was the weirdest venue I’ve ever done a training in, although it wasn’t too creepy during the day time – and it would make a great haunted house theme hotel! I’m glad we didn’t stay there after all…

However we still enjoyed ourselves and had a great training anyway. 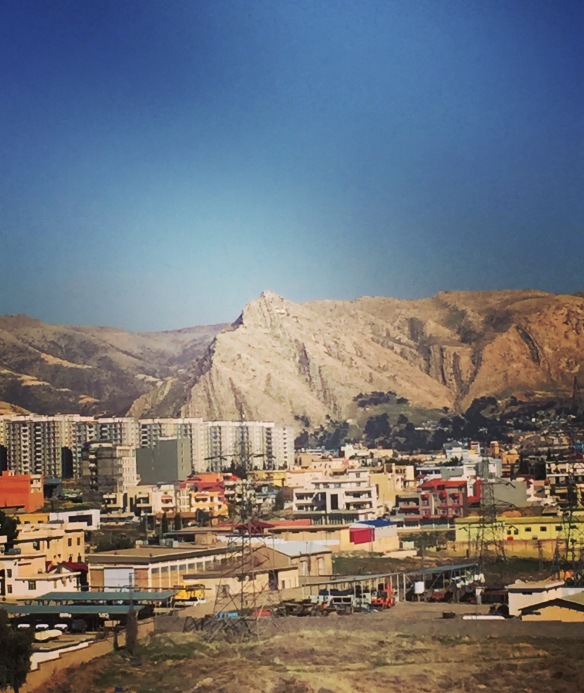 Some of the fab clothes on national Kurdish dress day/ 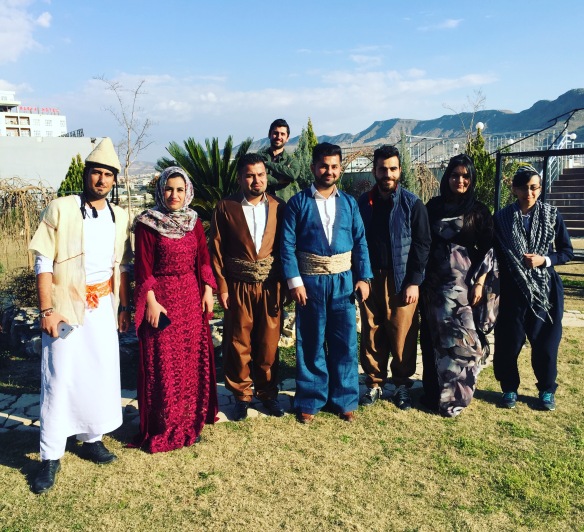 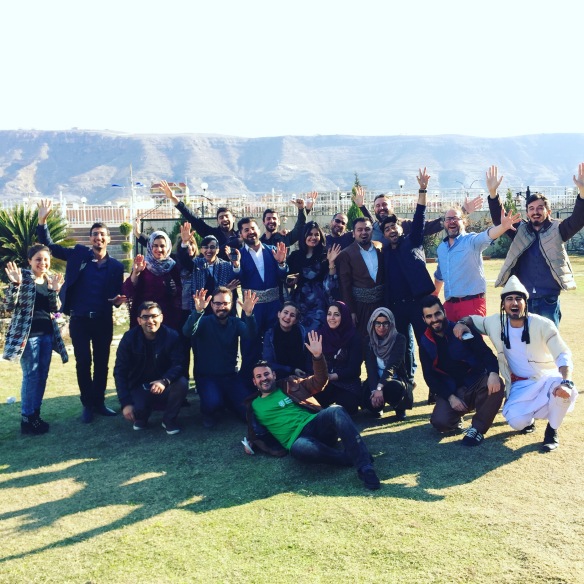 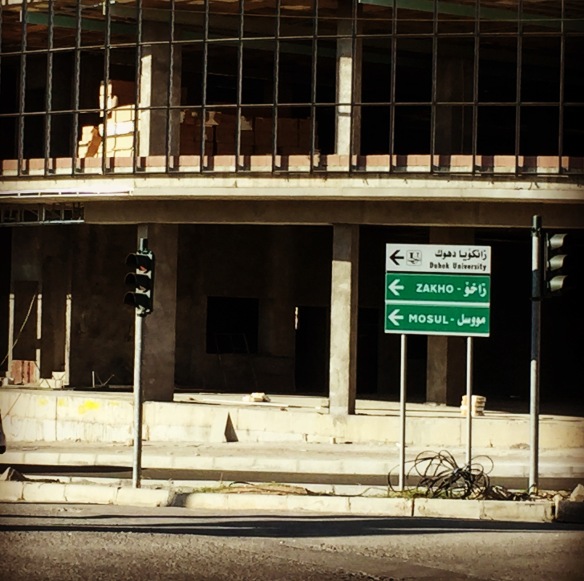