As many of you know, April 2016 was my very first Henge experience.

Naturally, back then, we went to the Big Daddy of all Henges, The Original Henge, Stonehenge. It’s the most famous, most well-known, and has it’s own (recently renovated) massive visitor centre. It had an EXCELLENT gift shop, but the Henge itself was behind ropes so there was no Henge-touching. However we learnt a lot about Stonehenge, and also about Woodhenge! (I LOVE that there was also a Woodhenge).

So this time, as my friend CeeCee was visiting from Australia, we decided to go on an adventure to find THE OTHER HENGE…..

The village of Avebury in Wiltshire is home to a massive stone circle or set of standing stones, otherwise known as a HENGE!

As the lovely National Trust volunteer at the car park was keen to point out, Avebury Henge is 14 times bigger than Stonehenge and at least 500 years older. It was clear which one he viewed to be the better Henge…. While puny little Stonehenge gets all the glamour and attention and tourists, lesser known Avebury was actually pretty awesome.

The little museum barn was pretty crap, but the steak pasties in the cafe were delicious, so it already had one up on Stonehenge before we even saw any really big rocks (in your FACE Stonehenge, as our very enthusiastic car park volunteer would no doubt have said, if he’d been eating pasties with us).

Originally it was a huge circle with an avenue leading to it, but now there are only a few sections are left. Apparently at some point in history the stones were actually buried, possibly by local people to protect them and their mystical powers, and then later on some other people came along and dug them up again, and put them back in their places. However several of the stones were also broken up and used to build some of the village farmhouses, so lots of the village houses are actually made of Henge. It’s just chock-full of Hengeness.

Here is a possible Henge-house. 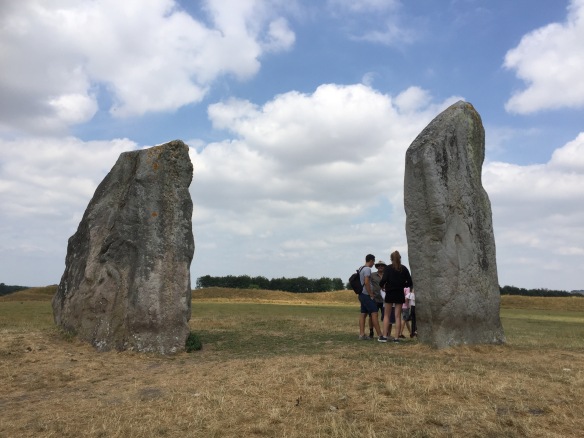 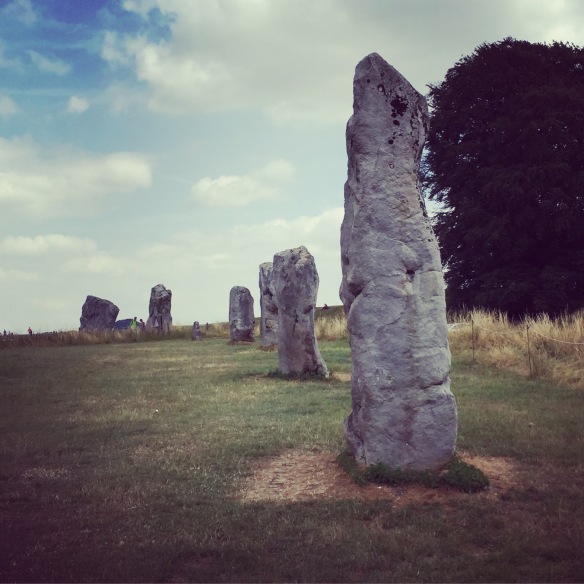 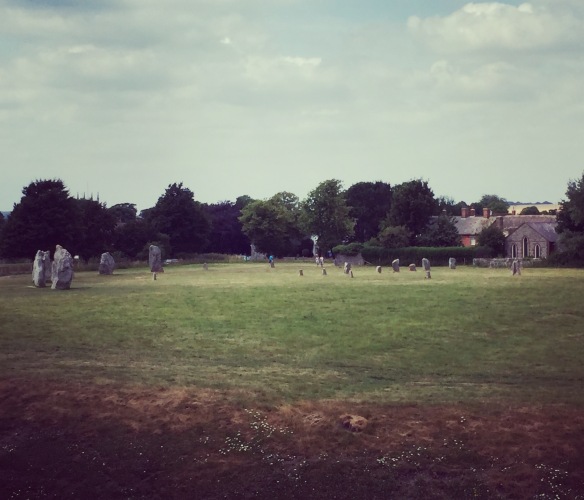 The village sprung up inside the middle of the circle, and is now the only known village inside a Henge, although I doubt that sort of thing would have been allowed back in the day. However they have done their best to fill the village shops with miscellaneous crystals, dreamcatchers, skulls and “power stones” in what I can only assume is an attempt to placate all the local druids and witches…

It’s a lovely labrodorite that will help prevent “energy leakage”. Who knew all my energy was leaking? Happy to know it will henceforth be stored inside my body back where it belongs. Imagine how much more I could get done now? Here is the evidence that there was an entire room in the village shop dedicated to just crystal skulls, in case you think I am exaggerating.

The entire circle has a massive ditch and mound surrounding it (not unlike a Barrow, of which there are also several nearby). According to the visitor’s leaflet, you can tell that the ditch was not dug as a defensive fortification, as the ditch is on the wrong side. In your classic defensive-ditch situation, the people coming from outside would have found a ditch first, followed by the steep mound, which is much easier to defend from intruders.

However the Henge here is surrounded by a high mound, which can easily be walked up from the outside, then a large ditch on the inner side, followed by the Henge itself. So, clearly not trying to keep anyone out – unless, as I pointed out to CeeCee, the Henge was in fact a mystic portal to another dimension, in which case the ditch is on the correct side of the mound to keep the unwanted spirits and suchlike contained inside the circle. Clearly none of the historians writing the leaflets have thought of this. I really ought to write to the National Trust about that.

There were also some fantastic tree roots 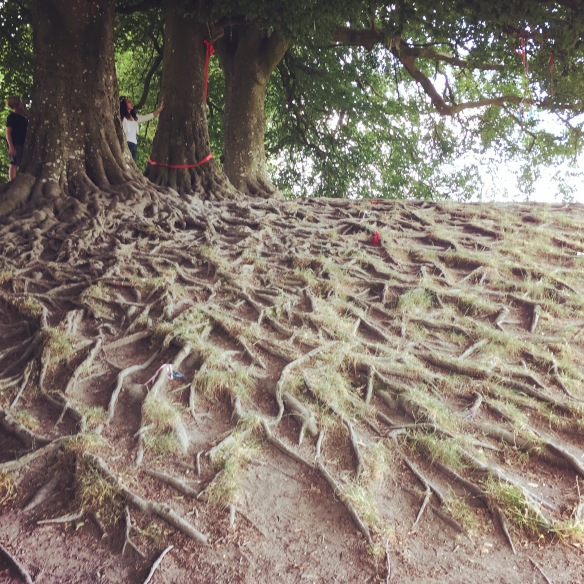 Here I am, in a photo montage I like to call “Touching Henge” 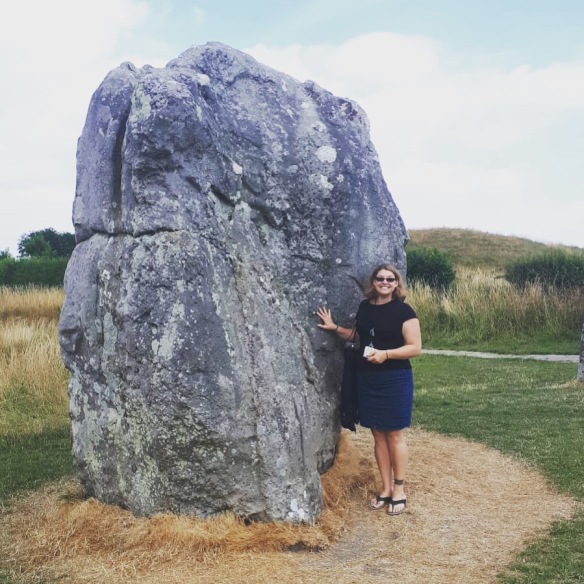 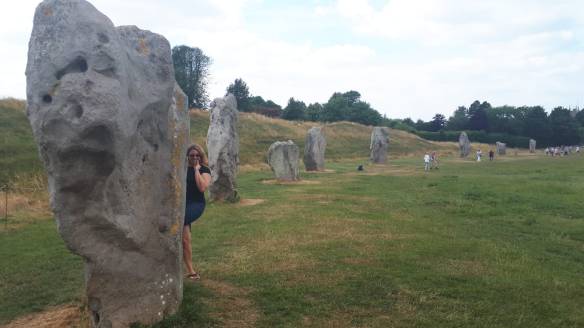 We also dressed up as Where’s Wally and hid in the Henge, because frankly why wouldn’t you? 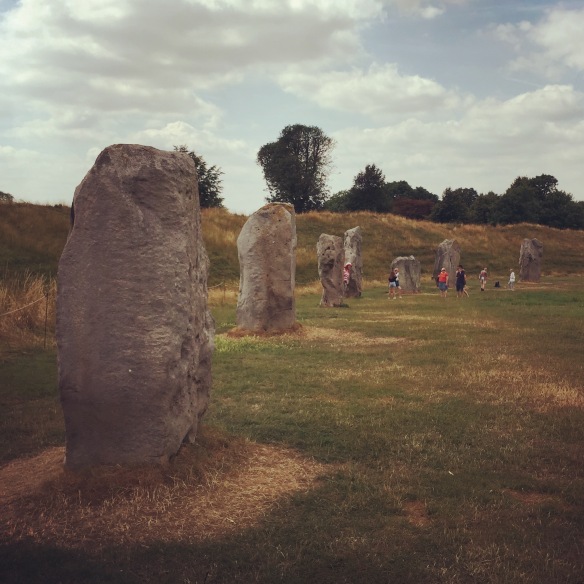 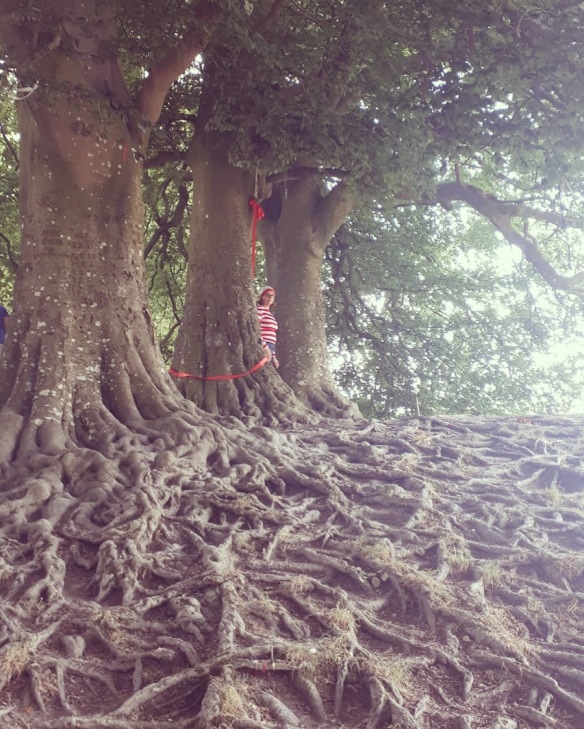 Anyhoo, it was an excellent day out, we Henged, we ate pasties, we browsed a lot of crystal skulls and power stones, I bought a fridge magnet and a pretty rock, and we dressed up as Where’s Wally. We may have also done The Hustle in the car on the drive over there, because Disco will Never Die.

Pretty great day out if I do say so myself.