Some photos from my work in Leyte Province, in Tacloban, Tanauan, Palo, Dulag, Julita, Mayorga and MacArthur. 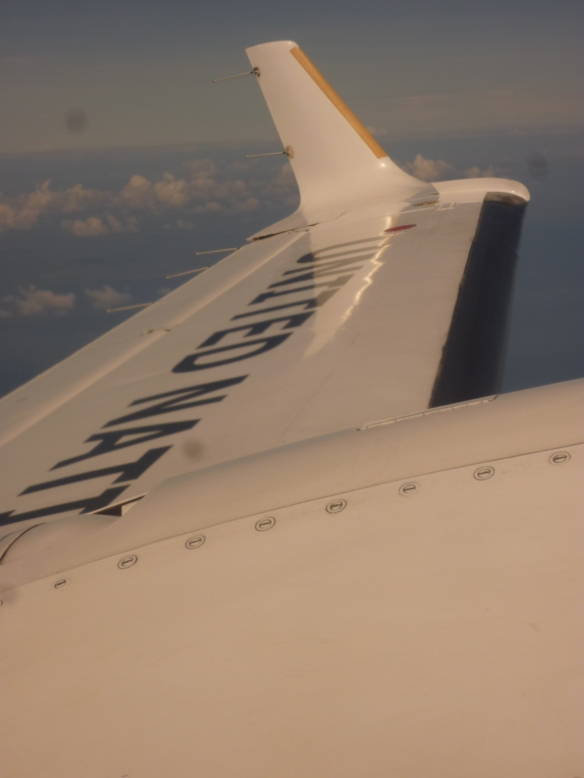 LOTS of felled coconut trees, as viewed from the air coming in to land…

The hotel pool after the storm surge…

A mass grave in Tanauan 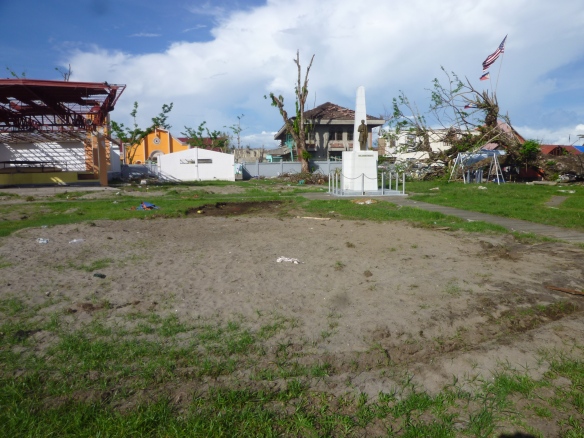 So many lovely people have posted messages of thanks, even while still living under plastic sheeting in the rainy season…. 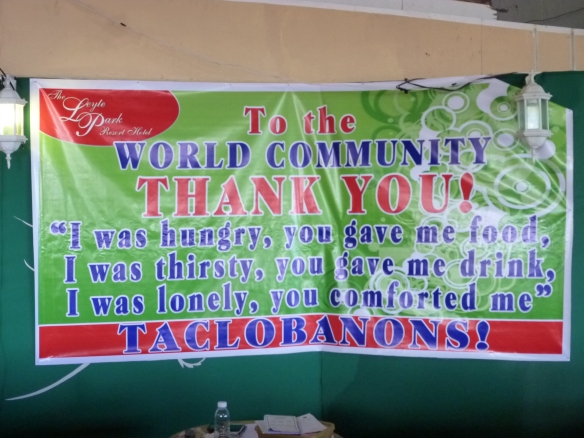 Some rather blurry shots taken while driving around Palo and Tanauan… 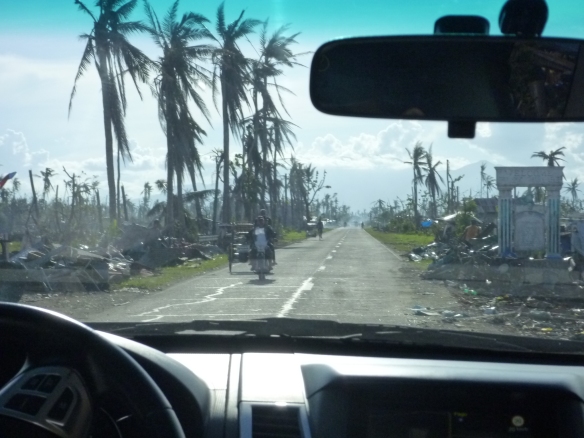 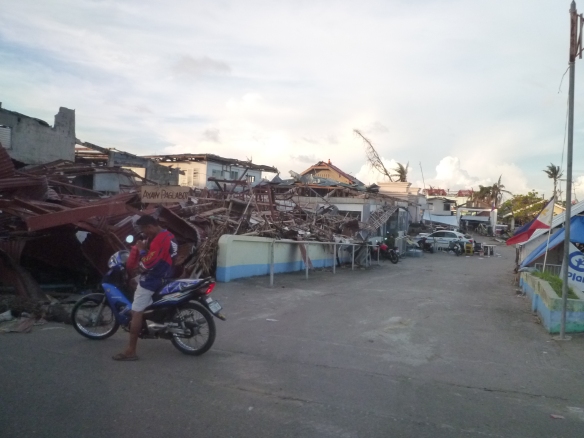 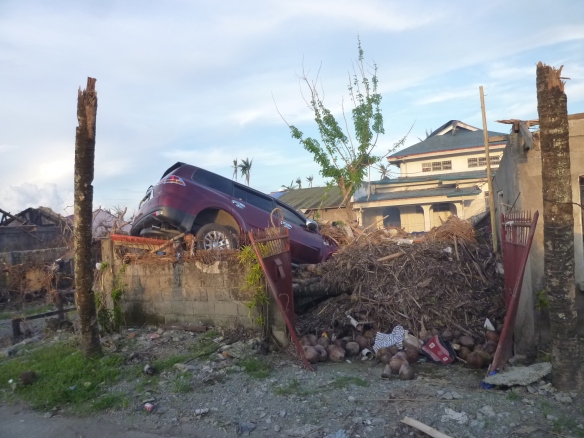 Eeerie smoky landscape at dusk, as people try to burn the debris to clear the land – very post-apocalyptic… 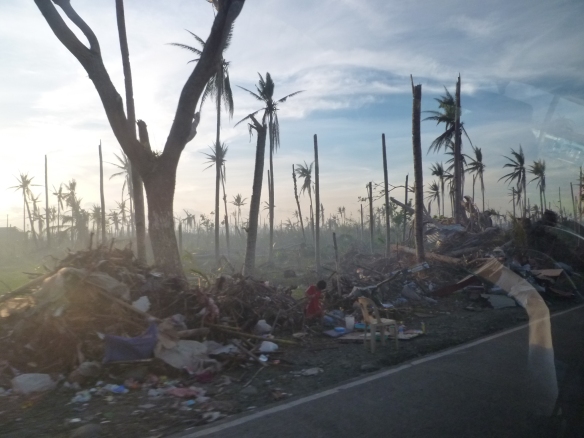 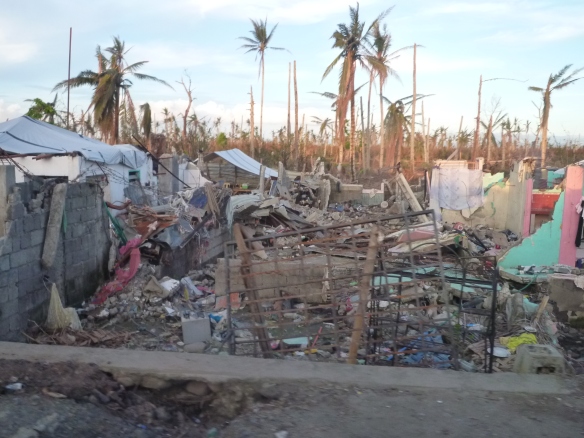 Meanwhile, at the beach…. 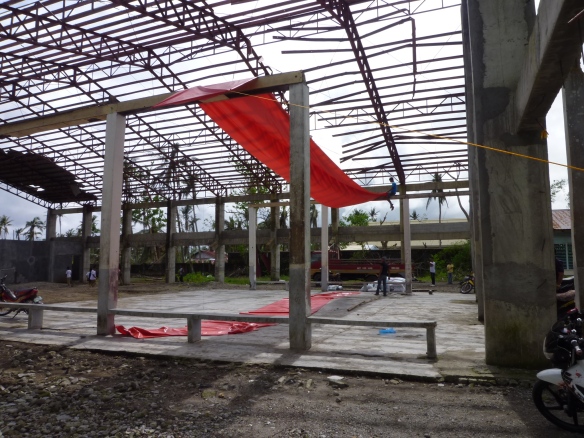 Tree roots were almost as tall as the tree! 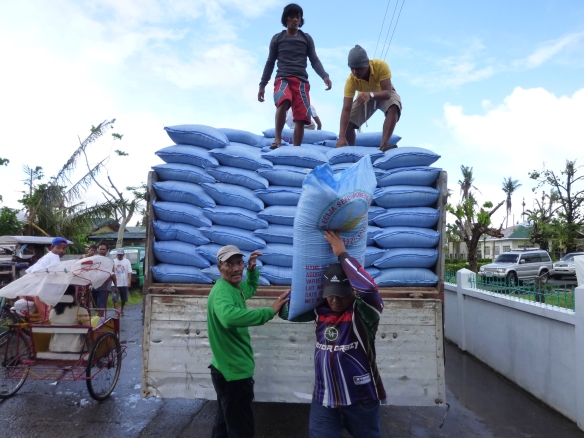 Beneficiaries register to get their rice seed

This hilarious woman found out that pregnant women got to jump the queue, so thought she’d give it a whirl by shoving a shawl up her t-shirt. Much hilarity ensued…. 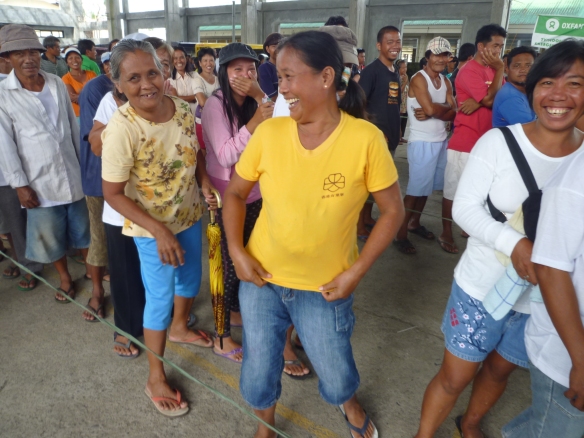 A heavily over-loaded motorcycle with over 200 kgs of rice seed strapped to the back – not unlike the one that flipped over a couple of feet from my face at one point….