Another new favourite from my travels – this one is a sort of hot and sour chicken noodle soup. It’s yellow – presumably heavy on the turmeric and very delicious!

The key ingredient I use is a cheater’s pre-mixed spice packet to make the sauce, although I’m sure google would probably be able to tell you what combination of spices would do…

The traditional version has chicken, noodles, soup, and often some fresh greens on top and crispy noodles. However I like to add all sorts of veggies so this is my somewhat altered version! 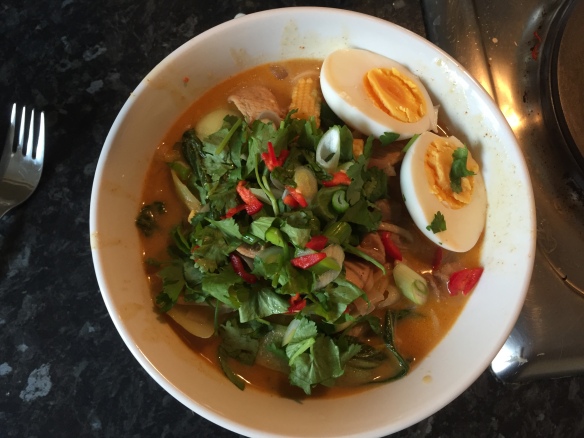 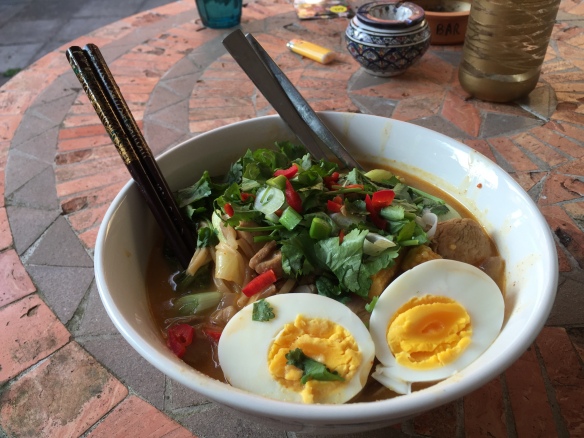