In other news, work has been busy busy busy as I transition into my new role, and try to wrap up various projects in my current role.

Here’s a few little snippets of what else has been going on in the life of Maya in the last few months, via my facebook posts!

Hanging with my mama means getting my art on. Haven’t done any drawing in years! Attempted to copy this picture that I fell in love with in Uganda, and am quite pleased with the results! Might even add it to the new gallery on my stairs! 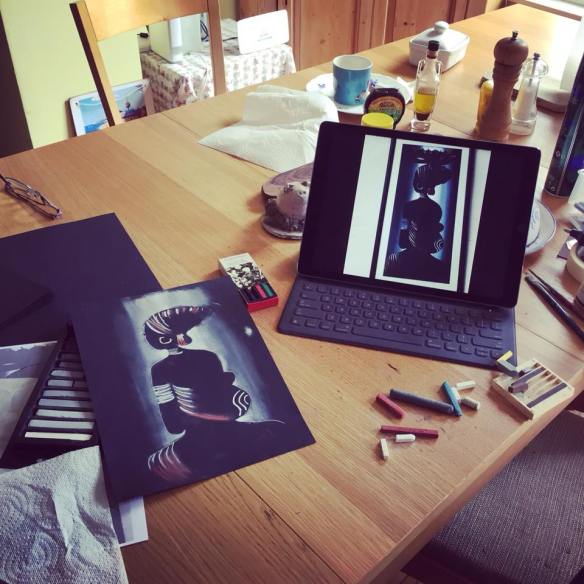 (This is now framed and hanging on my staircase! I’m very pleased with it!) 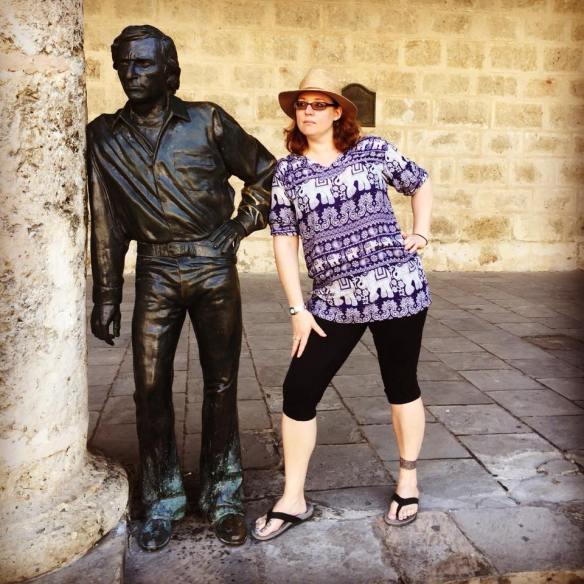 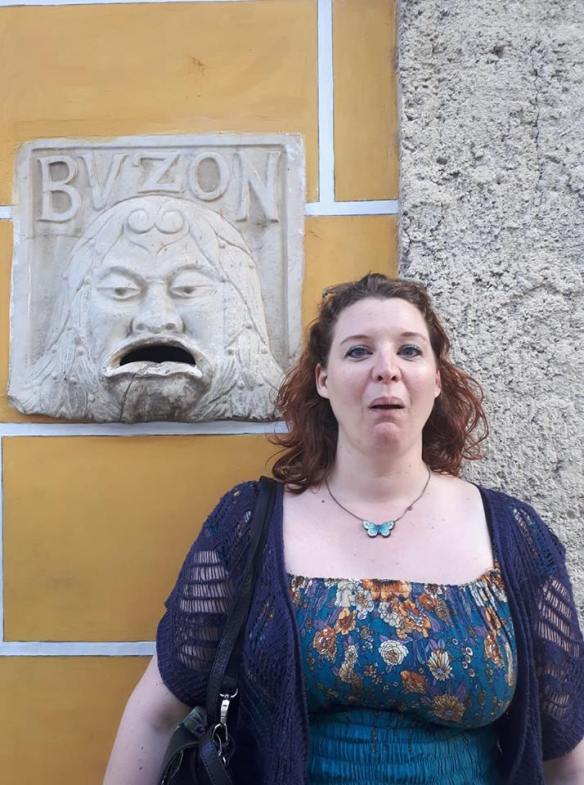 It’s some of my best work.

Massive thanks to the absolute DICK who ran a red light at a pedestrian crossing this morning and almost splattered me as I was halfway across the road.
Not only were you going way too fast and almost killed me, but the fact that you stopped 100m up the road to pick up your mate allowed me to take down your license plate number and report you to the authorities.

Sometimes random things happen that completely make your day.
My lovely colleague told me a couple of weeks ago that she had a present for me, but then I was away, and she was away and the suspense was killing me, so I finally emailed her to ask for a hint.
She replied
“It’s on my desk, you can go ahead and take it. I made you a brooch – it’s a tiny blue glittery lego man. It’s on my desk next to the unicorn tape dispenser”

I love that I have silly people in my life that have unicorn tape dispensers and make glittery lego man brooches. 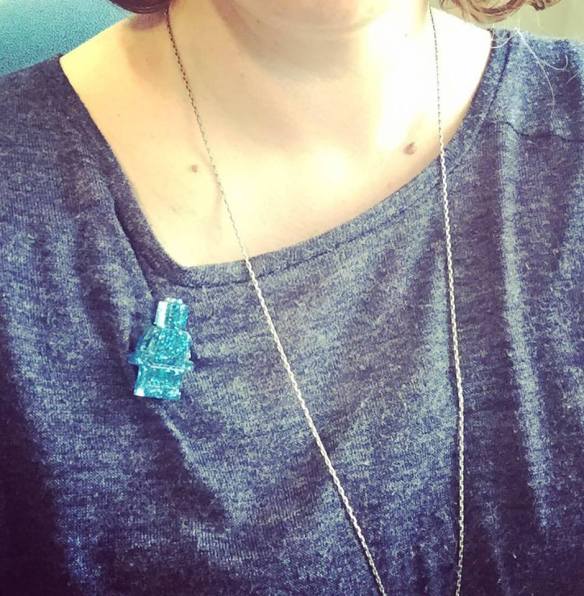 Just watched Network. I’ve never seen this movie before, and it’s TERRIFYINGLY prescient. Like they could actually predict the future.

Love it when a random telemarketing call works out in your favour.
Sky just called and asked me if I’d like a TV package. I said no thanks, but as I’ve got you on the phone, you are my broadband provider, and I’ve recently read in the newspaper that being loyal to the same company often means you aren’t getting a good deal, so could you be a love and see if I could be saving any money on my broadband or whether I should go onto USwitch and find myself a better deal elsewhere?

5 mins later I received a call from the delightful Gaz, saying that as I’ve been a loyal customer for 7 years they’d like to offer me an excellent deal, and so for the next year my monthly broadband bill just went from £18.99 a month to £8.99 a month, for exactly the same service.

It’s not often I say this, but I’m very glad they called me and tried to sell me something! Also I enjoy the irony that by trying to sell me more stuff they’ve essentially just lost £100’s worth of my hard-earned cash! And I didn’t even have to pay for the call!

Did some sewing, made a couple of new skirts by copying a red one that I bought. Very pleased with the results!

Top tip for the day: If it shows up on google maps, it ain’t all that secret. 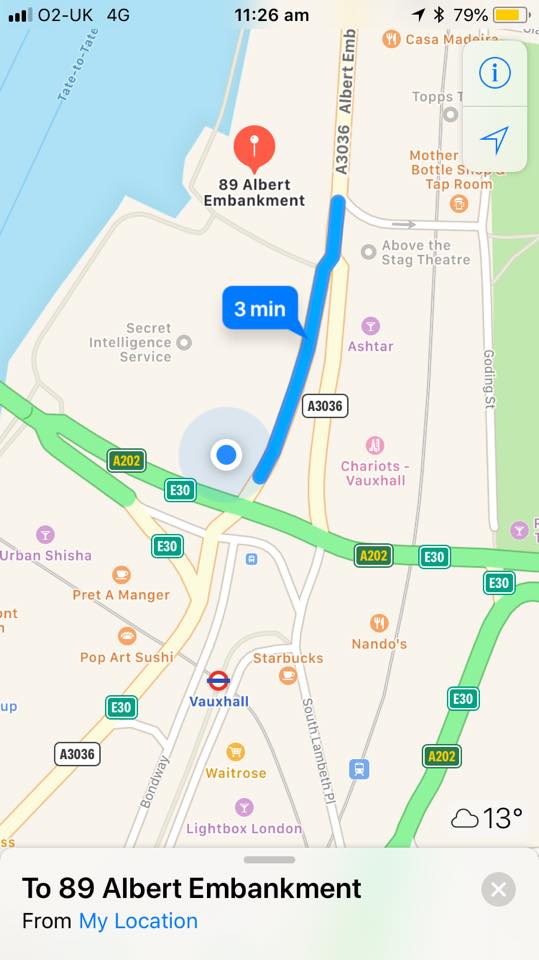 This never fails to make me laugh every single time I see it.

It has definitely been an evening of two halves tonight. The first half was utterly shit, and the second half was great.
Here is Part 1, the shitty part of the evening:

I pulled up to a roundabout, stopped to give way to the oncoming driver who had right of way, and a bloke behind me blared his horn and then hit my car from behind.
I put my hazards on and got out to see what the damage was, when he got out of his car and came storming towards me, shouting at me about how it was all my fault and I should have just gone and not stopped as there was no car (that he could see).
For about 3 seconds, as I stood frozen in the road, all alone in the dark, outside of the safety of my car, I felt incredibly vulnerable and deeply terrified as an angry man I don’t know marched towards me yelling into my face.
I found myself trying to explain why I had stopped to give way at a roundabout, almost pleading with him to understand, coming close to apologising, even though it was completely his fault in every way, just because I was so damn terrified.
He kept saying there was no damage, so let’s just all get on, and when I hesitated to just drive off, he said “oh for god’s sake at least pull over round the corner so you’re not blocking the bloody roundabout.”
I could see he was planning to drive away, so made a point of getting his license plate number, and then pulled in round the corner. He sped past me, then changed his mind and pulled in, and we both got out again to check the damage.
There wasn’t any, and me and Polly the car are thankfully unscathed, and he calmed down enough to say that he was sorry if he frightened me, (I think by this point he could see I was physically shaking) although he didn’t actually ever apologise for hitting my car, and we agreed it was fine and we could just leave it. He drove off but the minute the adrenaline wore off I was shaking so hard I couldn’t drive for a few minutes. I haven’t felt that scared or frightened in years, and I used up a whole shitload of adrenaline in one go.
Thankfully, part two of my evening was MUCH better…

Thankfully after a very tough start to the evening (see part 1), the rest of my evening was excellent!
I LOVE NT Live at the cinema, (it’s a live streaming of National Theatre productions to cinemas for one night only in case you didn’t know)  and Ian McKellen was AMAZING as King Lear.
What I wasn’t expecting was for him to be completely upstaged by the very funny Edmund and the delightfully sadistic and cheerfully psychopathic Reagan.
It was truly an excellent performance, (including over 2000 litres of water when it was actually raining on stage during the storm) and such a powerful play. I think each and every one of us has had a moment when we have lost the plot, flown off the handle, and become totally irrational, and we all need a good friend to be the voice of reason, to lay a calm hand on our shoulder and remind us to “See better, Lear”.

Shout out to my Dutch colleague who genuinely changed my perspective just now.
He asked how I was in the usual morning co-worker kitchen interaction, and I was feeling a little drab and grey and tired and desperate for a cup of tea, and I indicated out the window at the drab grey morning with a wry shrug, you know, sort of “meh” and asked how he was.
He paused, thought hard for a minute, looked out of the window at the weather and said “Hmm, well, yes, I suppose I think today has the potential to be a great day.”
And boom, suddenly it occurred to me that I had already written the day off because I was feeling tired and meh, and hadn’t given due consideration to the fact that the day itself still had plenty of potential…