Over the years, I’ve had many cars. You may remember that time I fell in love with Glenda, the ford focus on the M1, but most of the cars I have owned have been second hand, and quite elderly at that.

My first, and favourite car, was lovely Lily the 1993 Ford Fiesta, who I saved almost my entire salary for a year to be able to buy when I was 19. Sadly I can’t find a single picture of Lily, so this generic internet photo will have to do….

She was my first car, and probably my newest/youngest car at about 7 or 8 years old when I got her, so small and blue and perfect. Then I wrote her off almost immediately in a very nasty accident in which I rolled and flipped her into a ditch. But we somehow rebuilt her (mostly thanks to my mum, who paid for all of the repairs!). She got me through Uni and countless trips up and down from Essex to Scotland. It was in Lily, on the way to the Isle of Skye with my friends that I first saw the Northern Lights, and it was in Lily that I first discovered the sheer joy of signing along to the radio belting out pop hits at top volume. So many happy memories of my beloved first car.

When Lily finally passed on, years later, I believe I was in Nepal when I got the news. My mum called to tell me the news as gently as possible that she was gone. She will always be a car remembered with love.

Next my kind mum found me a cheap old banger to keep me going when I returned to the UK, Lucy the Peugeot 205. She was a dirty white, and over twenty years old and cost £300; she had 3 separate keys for the ignition, doors and petrol cap, a manual choke which caused me no end of grief whenever I managed to flood the engine at traffic lights, and only 4 gears. Under the bonnet, a tiny, discreet little sticker that said “Caution, may contain asbestos”.

She was certainly a car with character! 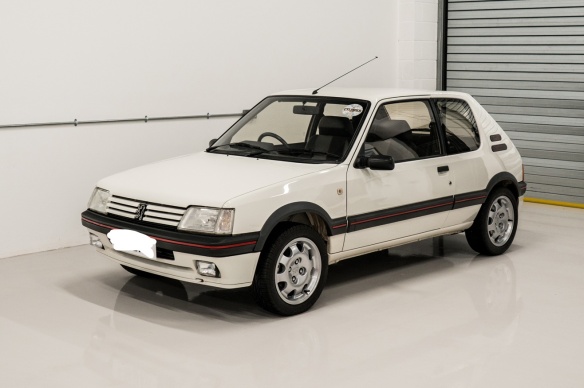 (This isn’t Lucy, again I don’t have any pictures of her but she looked just like this, but a bit older and more dented). She limped along for a little while, and got me up and down from Liverpool a few times (in spite of the large crack in the windscreen…) until one day her steering column separated from the drive shaft, (or something similarly terminal) and we were forced to say adieu.

Then there was a car hiatus, due to overseas travel and when I moved to Oxford initially I didn’t need a car. But one day my mum was getting rid of her little teeny tiny sporty Peugeot 107, she thought of me, which is how I inherited Tina the Tiny Clown Car. 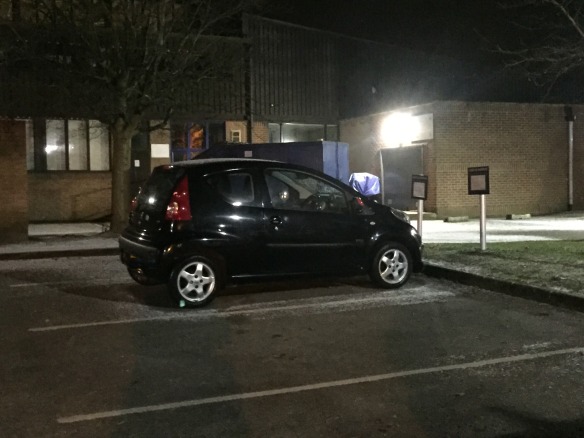 She was black and red, and very small and nippy, and about 10 years old or so. It was like driving a hairdryer. It was in Tina that I toured the country visiting friends I hadn’t seen for ages, and it was with Tina that the infamous A12 incident occurred (best you don’t ask, but if you ever see me in the flesh I can act it out in all its glory, it’s far funnier with visual aids).

Tina was convenient and fun, but far too small for a family, and so when I was getting ready to adopt, I said goodbye to Tina and part-exchanged her for Polly the Polo.

Bright blue and friendly, Polly is by far the most spacious car I’ve ever had, and with 4 actual doors you can get in and out of! I have really enjoyed driving her. She was about 13 years old when I bought her, and it’s the car I collected my daughter in the day I brought her home to live with me, and therefore the car I became a mum in (not like THAT you dirty-minded bastards!).

However, a recent eye-watering MOT has revealed that poor Polly is not long for this world without some serious investment, and though I love her, it is time once again to move on….

So, all this reminiscing about Lily and Lucy and Glenda and Tina and Polly has started me searching for my next car.

Initially I was just looking for a newer version of Polly. I like a Polo and a newer one would be nice. But it also occurred to me that in the past, I’ve only ever bought old cars based on my available budget, which has always been pretty small, and therefore limited what I could look for and haggle over. This time, as I approach 40, it feels like time to look a bit further, and perhaps take out a small loan or borrow some money in order to think about buying a real proper grown-up car.

Having opened up my options financially, I started searching for My Next Car. Some nice fancy newer Polos were appealing, but my sensible mum encouraged me to take my time, and shop around a bit, to find something I really liked that would fit my needs.

The more I searched, the more I was able to narrow down my options. I knew I wanted a new-ish car, so no later than a 2016 model (less than 5 years old). I knew I wanted 5 doors, and a manual transmission, petrol not diesel, and a smaller engine to pay less tax (1.2 or smaller engine size). I wanted relatively low mileage, and had a budget in mind (£9,000 max, but ideally under £8,000), and some ideas and preferences on colour, shape, size etc.

And yet, when I stumbled across a particular car, I swear it was love at first sight. She wasn’t what I was expecting, and she CERTAINLY wasn’t what I was looking for, but something about her had me coming back again and again to look at her.

She’s BIG, much bigger than any car I’ve ever had before, which is a little daunting, but also exciting! I was able to go and look at one locally to get a sense of it’s size and it’s not as big as I feared, certainly not as big as some other similar style cars. Weirdly, it’s also a Peugeot, even though I’ve never thought of myself as a Peugeot person, turns out two of my previous cars were Peugeots, and my next one probably will be too!

This one is sporty, like a small SUV, and it’s a 2008 model, (confusing as it’s not the year). She’s a 2017 with very low mileage (only 13,000 miles on the clock) and came in under my budget very nicely. She is a lovely teal colour, and has a large and spacious boot, and a sexy screen for my sat nav and DAB radio and whatnot. She’s got all sorts of cool things like automatic lights and wipers – the luxury! 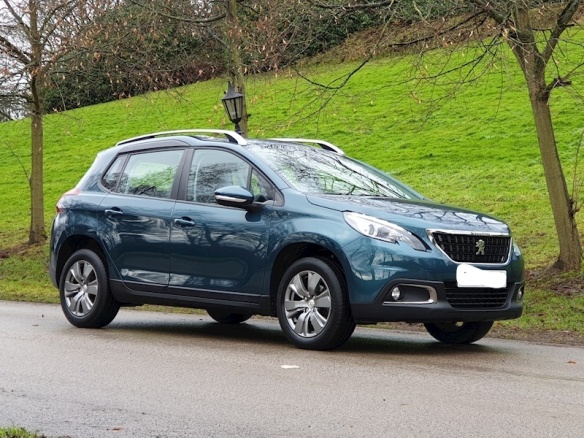 She’ll need a good name, (I’m leaning towards Pippa but am not yet decided). She might need a suitably middle-class, suburban-yummy-mummy-driving-a-ridiculously-unnecessary-SUV sort of a name. Like Matilda. Or Portia. Or Gloria (the Glorious).

Name suggestions are encouraged – send me your favourites!